Should absent fathers be punished for not making child support payments?
About three weeks ago Ray Barry was interviewed on BBC Radio Hereford & Worcester about the…
JUSTICE FOR MEN AND BOYS

Call it ‘Occupy Family Court’ or ‘Fatherless Day.’ There was a protest Friday afternoon on the west steps of the State Capitol against a family court system they say automatically rules in favor of mom during a divorce, without giving dad a chance. 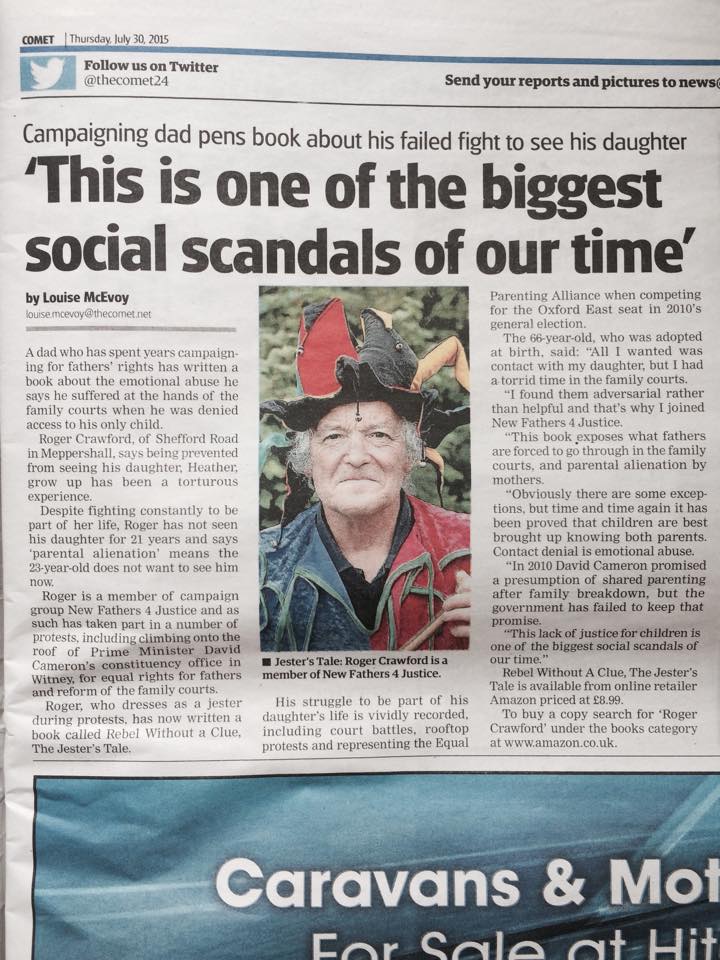 6 thoughts on “New Fathers 4 Justice – This is one of the biggest social scandals of our time.”